When we picture icebergs, what comes to mind is a jagged mountain of ice floating in the ocean, ready to collide with the Titanic — or simply melt.

What we don’t picture is an iceberg that’s as flat and cleanly cut as a playing card, and yet that’s exactly what NASA’s IceBridge mission tweeted a picture of on Oct. 17. 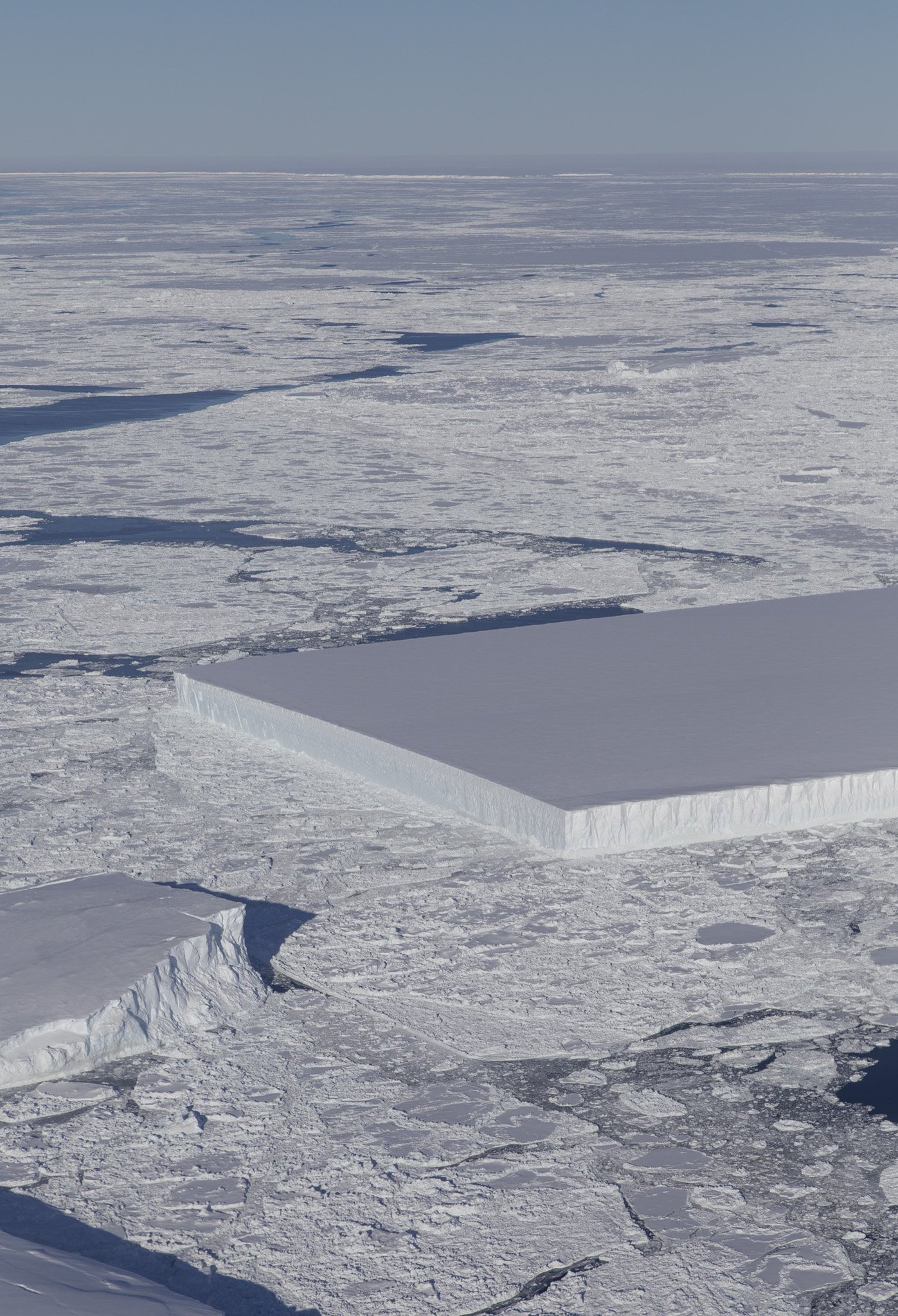 From yesterday’s #IceBridge flight: A tabular iceberg can be seen on the right, floating among sea ice just off of the Larsen C ice shelf. The iceberg’s sharp angles and flat surface indicate that it probably recently calved from the ice shelf

“I thought it was pretty interesting; I often see icebergs with relatively straight edges, but I’ve not really seen one before with two corners at such right angles like this one had,” said Jeremy Harbeck, IceBridge senior support scientist and photographer of the iceberg, in a NASA statement.

This sheet cake of an iceberg is formally known as a tabular iceberg for obvious reasons. Tabular icebergs occur as a mass breaks off an ice shelf, themselves large floating sheets of ice connected to a land mass of some kind. The icebergs that we’re used to seeing break off from ice shelves, glaciers or even icebergs in large chunks.

This composite of two photographs shows the full length of the tabular iceberg. It’s probably more than a mile across. (Photo: Jeremy Harbeck/NASA/Flickr)

Speaking to Live Science, Kelly Brunt, an ice scientist with NASA and the University of Maryland, likened tabular icebergs to fingernails growing too longer and breaking off at the end. The result is a rectangular shape. Still, Brunt conceded that the near-perfect rectangular shape of this one is “a bit unusual.”

Related on MNN: Runaway iceberg that’s bigger than Delaware is on the move again